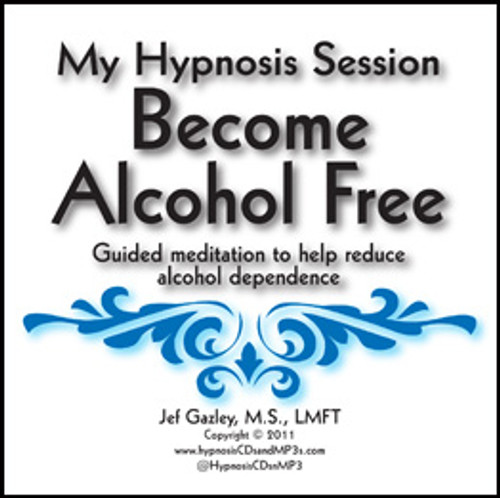 Alcohol dependency is one of the most common substance abuse problems worldwide. One person in thirteen is believed to have an alcohol consumption problem. Several million more drink too much and are at risk of becoming alcoholics. Alcohol Addiction is a serious issue. Alcohol consumption is linked to eighty percent of suicides, fifty percent of murders, thirty percent of fatal road crashes, and fifteen percent of drowning. It is also a factor in one in three divorces, and one in three cases of child abuse. Drinking alcohol can increase the likelihood of cirrhosis of the liver, harm an unborn child, and has been linked to breast cancer in women and cancer of the mouth, esophagus, pharynx, larynx, and liver, and in the latest studies, it has been proved to cause brain damage in women. Heavy drinking has also been associated with poor sexual performance, dementia and muscle degeneration. To achieve independence from alcohol is not an easy task. This hypnosis CD is a great addition to any other therapy for alcoholism. Become free from alcohol and start living a healthier life now! This hypnosis CD to combat alcohol abuse and addiction uses beach guided imagery with background music. This hypnosis script is by Jef Gazley, M.S., LMFT, LISAC, who is a certified clinical hypnotherapist. Copyright © 2011.